The Story Behind 3 Famous Ghostwritten Books 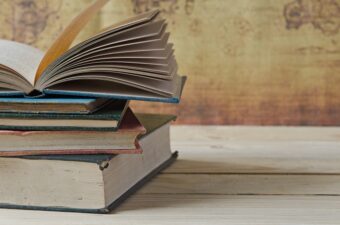 Ghostwriters have humbly penned some iconic literary works, but proof of their labour can be difficult to uncover. There used to be a certain queasiness around announcing that your work was the product of a ghostwriter, a trend that has thankfully seen a downturn in recent years. Nowadays, many public figures, self-publishers, and entrepreneurs embrace the fact that they’ve utilized a ghostwriters’ skills – after all, time is money, and in this fast-paced world, there are now those who relish the opportunity to market themselves as an ideas-person who delegates the legwork to a specialized professional.

The fiction market, for the most part, is still adjusting to this new mentality. But our modern world has become accustomed to having immediate access to entertainment, and more often than not, the demand outweighs the supply. The examples in this article would never have been written if it weren’t for the contribution of ghostwriters, and for that, we’re grateful! These novels haven’t tried to hide their production technique, instead making it public knowledge that they reaped the benefits of employing ghostwriters.

Animorphs is credited to author K.A. Applegate, who in this case is a real person, not just a pen name. Previously a ghostwriter herself, writing for Sweet Valley Twins and Girl Talk, she understood the benefits of utilizing ghostwriters.

Applegate wasn’t shy about admitting this, and why would she be? Originally envisioned as a three-part series, the success of Animorphs was testament to the power of collaboration. Starting out this wildly popular series by herself, Applegate wrote a whopping 24 books before turning to the services of ghostwriters for the next 27 books, working from Applegate’s outlines. The series also went on to be adapted into a TV show.

“It was either use ghosts or end the series. Our schedule was 14 books a year. Plus other projects. And right around book #11, Jake (the real-life one) was born. Life got more complicated.”

The Bourne Identity, The Bourne Supremacy, The Bourne Ultimatum – we know these as both their novel and film forms, as a thriller series that spanned production over decades. The books released in 1980, ’86, and ’90 respectively, and the films starring Matt Damon from 2002 through to 2007.

The original author, Robert Ludlum passed away in 2001, and yet somehow managed to release another 11 bestselling Jason Bourne books over the following 16 years. Seeing as ghostwriters aren’t literally ghost writers, this phenomenon was made possible by Eric Van Lustbader. The Bourne Legacy film starring Jeremy Renner was adapted from one of Lustbader’s works.

While Lustbader penned the majority of Ludlum’s Bourne series, there were many unfinished works that survived Ludlum. They’ve been finished by ghostwriters in the truest sense, as nobody knows who has written them.

“Since his death, the Estate of Robert Ludlum has worked with a carefully selected author and editor to prepare and edit this work for publication.”

The advertising world must have prepared ex-executive James Patterson well for his publishing pursuits, as Patterson’s books have sold over 300 million copies worldwide. Patterson is probably the most prolific author of his time, so how does he do it?

With ghostwriters, of course! In this case, they’re referred to as co-authors, but it’s widely accepted that the ghostwriter pens the novel under Patterson’s editorial guidance, rather than a 50/50 approach to the book.

Some critics loath this approach, feeling that it’s not true to the creative spirit of literature, but Patterson entered the publishing industry with a philanthropic goal to grow the joy of reading and books among children and adults alike. To this cause, the James Patterson PageTurner Awards donated over $100,000 per year for 3 years, and his initiative ReadKiddoRead.com offers the public a system to find the best books for their children and students, alongside multiple scholarship programs.

If that doesn’t justify Patterson’s use of time by choosing to create books through a ghostwriter practise, then the purists should take another look!

“It allows me to do what I love, which is telling stories. Most of the time I will lay out the story. And then we’ll take that 40 or 60 pages and turn it into 350 pages.”

The above 3 series briefly dip into a few of the different forms of ghostwriting that manifest in fiction, but the options are endless!

Ultimately, everyone in the literary profession wants great stories to reach out into the world, and this potential can’t be stymied by a preoccupation with labels, or the lofty intention to carry the creative burden all by oneself.

Modes of traditional authorship still include researchers, editors, proofreaders, managers, agents – so really, where does one draw the line with collaboration? It’s a utilitarian way to approach the artform, where the best story for the greatest number of people is the goal, regardless of the journey taken to get there.