3 Ways Ghostwriting Will Make You a Better Creative Writer 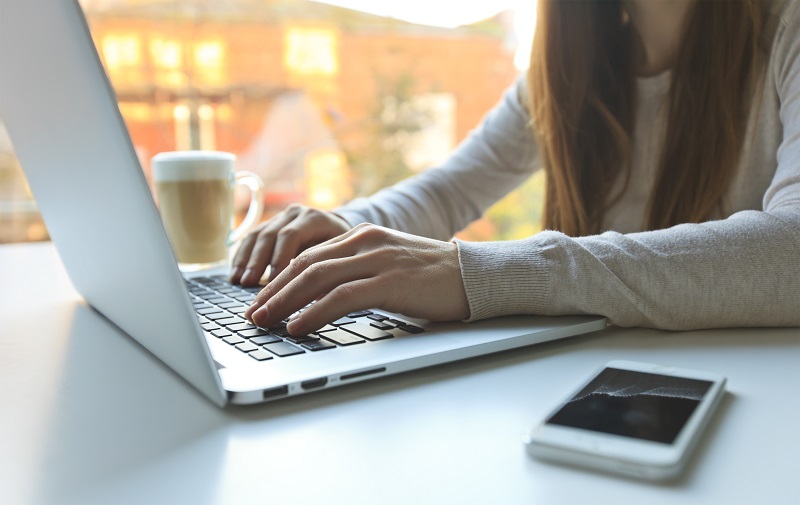 Before Katherine Ann Porter won a Pulitzer in 1966 for her Collected Stories, she was a ghostwriter of children’s stories. Alongside his published works in a pulp magazine, horror writer H.P. Lovecraft ghostwrote stories—one of them attributed to Houdini. More recently, Paula Hawkins, who kickstarted a massively successful career with her suspense thriller Girl on the Train, has openly discussed ghostwriting four women’s fiction novels under the pseudonym Amy Silver prior to her “debut” novel.

A Pulitzer. A horror genre legend. A bestselling career and a major Hollywood film credit. Had ghostwriting not been part of their experience, would these writers have realized such lofty achievements?

In writing lore, the apprenticeship for a published author is said to be nine years or one million words—whichever comes first. With the ease of self-publishing, timelines can be compressed. One million words and the experience they bring should not be shortchanged.

Twenty years ago, I began to write with intent. I have been agented, nominated twice for an award that put me in a glittery gown and sat me in the elite seats with Nora Roberts, written four personal novels, climbed a mountain with one of the best writing mentors on the planet, enrolled in twelve online craft courses, and accumulated enough writing books to qualify as a lending library. Nothing—nothing—has grown my skills as much as ghostwriting.

Ghostwriting is a Team Sport

How many times have you felt marooned on an island from all you don’t know about writing? Critique groups are a helpful resource, but it can be hard to find and maintain the right dynamic that keeps everyone progressing. Mentors are often busy with their own careers. If you have an agent and he’s wonderful, he may spend a few hours on the phone with you to iron out your plot then largely disappear for twelve weeks for you to flounder your way through the story. And your editor? She’ll tell you what’s wrong with your book then leave you to figure out how to fix it, often under a tight deadline.

Ghostwriting is inherently a cooperative effort. It isn’t always nurturing, but it’s far from isolating. Fiction clients tend to engage to a high degree because they’re paying you to bring the story in their head to the page. Boundaries are a good idea: for one week, we’ll explore everything about your novel—sights, smells, what-if plot brainstorms, your celebrity crush that best matches your romance hero; then, I work best closed-door.  With ghostwriting, you establish the level of cooperation under which you best function. That puts you firmly in the driver’s seat.

As an indie author (or, increasingly, a traditionally-published author largely unsupported by your house), how many times have you cried over your budget spreadsheet and had to sacrifice one expert for another? Publishing under your name—either traditionally or self-published—means that the risk is greater, the return may be slow to achieve, and any team you assemble is only as good as you’re able to pay.

Ideal ghostwriting clients (book-packaging publishing houses) give you a fierce support team that’s as far away as your keyboard. Developmental editors, line editors, proofreaders, cover artists, back cover copy writers, foreign language translators, audio book facilitators, marketing specialists, social media promotors, and sometimes even the CEO of the house, all work in conjunction to ensure the highest quality product reaches the market. Think of it as a safety net. You won’t drive the story off into the ditch; they won’t deliver a cover with a three-handed hero, blurred fonts, and crickets for readership. These talented individuals lend you support because it’s their job. For free. While you’re making a living wage. And if the publishing house utilizes team software, the author becomes the lynchpin of the operation. No one knows the story better. Your opinion is valued. You matter. How many times can a writer say that about a legacy publisher?

My publisher’s team spanned the world. From my editors, I learned the subtle emotional beats of women’s fiction, my proclivity for dense prose and the art of simplifying, and nuances between British and American English. I learned that German readers adore Texas cowboys, which subgenres sell well in which countries, and to avoid the word “spunk” to describe a heroine because it means something very different across the pond. I became a global writer without leaving my home office.

Early in my writing efforts, I followed advice about how to get into the zone: curl up in a comfy chair and read 4.5 pages of writing from your favorite authors; cue up the right music; light a candle to signal your left brain that it’s time to awaken; take a sip of the same beverage you were drinking yesterday for continuity. The hoops I used to jump through to access that precious “zone” are cringe-worthy.

If you have a client who expects writing in 24 hours, you’d be amazed at how idiosyncrasies fly out the window. No excuses. No games. You write or you don’t get paid and you don’t get work. Period. I’ve written on a plane with the passenger in front of me leaning his seat back, his bald spot my muse. I’ve written standing up at a coffee shop because there were no other available plugs. I’ve written unshowered, foul-breathed, and coated in cheese puff powder. But I wrote. And I didn’t need Michael Bublé in my ear on the first full moon of the month when the planets were aligned and my laundry was folded to create fiction.

My great aunt is a nun. When I completed my first manuscript, my mom was so proud she passed along the pages to everyone she knew—including Auntie, who not-so-gently suggested at midnight mass that I become reacquainted with the inside of a confessional.

The next time I wrote a novel, I pulled back. What if Auntie read this one too? The story suffered, fell short of reader expectations, and disappointed my toughest critic: me.

With ghostwriting, I focused on two things: fulfilling the parameters of the story set forth by my client/publisher and meeting reader expectations. I didn’t have to please anyone beyond those two entities. No Auntie. No PTA mom who likes to gossip at the neighborhood pool about what I write. When people asked what I was working on, I told them the novel’s genre and that I was contractually bound to disclose no more.

As a result of these freedoms, a monumental and fundamental shift took place in my writing journey. I began to write for the reader.

Subtract yourself—essentially, your ego—from the equation and the purity of what remains is why writers do what we do. When I craft a story, I invite only my future reader into that head space. Wholly intimate and infinitely freeing. Once I type THE END, I take off as much time as I need to fill my creative well and I’m off on another story. No getting wrapped up in Amazon ads or building up my street team on Facebook or tweeting twenty times a day because that’s what some expert says to do. I do none of the five million things that modern-day keyboard jockeys must concern themselves with to the exclusion of actual writing.

I love the escape, the challenge, the vicarious lives I inhabit, the faraway places in my imagination. I don’t love everything that comes before and after. My love affair is with the process. Ghostwriting gives me that love affair.

Lest you start to believe that ghostwriting is all buttercup roses and shirtless Hemsworth brothers, I assure you that the challenge is real. Early on, you will not be paid what you’re worth for your time. You will execute stories to make clients happy, not stories that work and dazzle. You will fire the client who lives in his parent’s basement in Toronto because all he really wants is Harry Potter-slash-Stargate fan fiction. You’ll run into a handful of writers with a sharpened moral agenda and an ax to grind and people who ask why you write about ghosts.

But you will also find your clients who let you soar. I did. For them, I would write Ikea instruction manuals. They pay me handsomely to do what I love and helped me to become the writer I am today.

As an established writer, it’s easy to get pigeon-holed into specific genres that can make branching out difficult. Whether you’re an indie author or work with a traditional publisher, expanding your creative chops can be frowned upon. Ghostwriting allows seasoned writers to stretch beyond their niche because their names aren’t on the books. The publishing house provides me with an outline to follow, but the actual content is created by me. Character idiosyncrasies to underscore a theme? Sure. Love scenes that defied gravity? Heck yeah. Twenty red herrings? Absolutely.

Ghostwriting as the Ultimate Master Course

We’ve all heard the advice that to be a better writer, one must write. Ghostwriting gives you permission to learn and grow and make mistakes and edit your way through those missteps before they are forever tied to a published work under your brand. For the advanced writer, ghostwriting is a risk-free cloak that offers you the privacy to try new voices and genres. And, there’s the not-so-miniscule perk about money. Who doesn’t love the idea of a paid apprenticeship?
One million words to greatness. How will you get there?