How to Handle Creative Differences 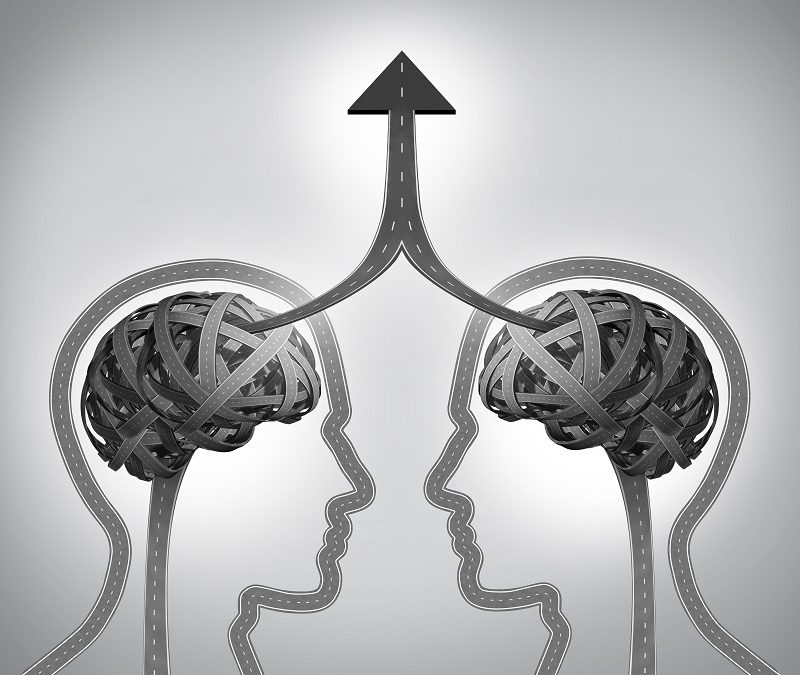 Most of us writers work alone, but at some point, we have to bring in an extra set of eyes. And, no, I’m not talking about readers. I’m talking about the minds we collaborate with in order to put forward our best work. Depending on where you are in your writing journey and what/how you write, those collaborators might be one or many, but they could include publishers, editors, or even co-authors. Maybe you even get feedback at the outline stage or create your outlines with a co-author so that you can make sure you’re starting a story off on the right foot.

But creating is often a solitary business, and once a creative idea gets lodged in our brain, it can feel like the only idea. So, if someone else doesn’t see things the same way, what do you do?

Sure, sometimes you have to kill your darlings (we’ve all heard that advice), but how do you know what to kill and what to fight for? And when? And assuming that you do want to keep working with your collaborator — co-author, editor, or publisher as they may be — how do you get through a disagreement without ending up in a spot where you give up on your own vision?

Let’s assume you want to keep the collaboration alive and make your story live up to its full potential. Here are some tips for what to do when you next butt heads with your all-important other sets of eyes.

1) Make sure you’ve got your priorities straight and out in the open.

Depending on what you’re doing, there may not be a right or wrong answer, not sharing the same priorities is going to cause some headaches, and if you’re getting feedback, it may even mean that you get the wrong feedback because that other voice just doesn’t understand your goals. So, make sure you’re on the same page with the person you’re collaborating with, and do it early in the process.

It’s one thing to say, “The doctor can’t go on this trip.” It’s another thing entirely to say, “The doctor can’t go on this trip because his little girl is sick and he doesn’t trust her mother to take care of her.” You’ll save time by explaining why you’re shooting down an idea, whether that’s because of a character’s priorities/persona or because whatever’s been suggested will create problems down the line. “The car shouldn’t break down here.” VS “If the car breaks down here, we’re going to be in trouble in Chapter 10 when they have to get to Minnesota. They’re broke, so they can’t afford a mechanic, so…?”

See the difference? If you explain yourself up-front, rather than just poking holes and problems into ideas, you’re going to save you and your collaborator a lot of time and messages.

I was working on an outline with another writer, and in one section, I made a simple comment. “This character wouldn’t do this because he’s so against causing other people harm. He wouldn’t endanger someone’s life when he doesn’t have to, and that’s what he’s doing because… [insert long reason here], so I think we need to…” And I proceeded to lay out some suggestions for other options to make the scene work.

Now, what you need to understand is that this wasn’t a big deal to me. We had a big outline to prepare, and this was one little scene that seemed, in the grand scheme of things, to not be a big deal. It was a part of getting our main character from Point A to Point B. It was meant to be smart, entertaining, and impactful…but I didn’t see revision here as causing any sort of roadblock, especially since I’d worked with the other writer plenty of times and knew how well we worked together.

Now, the writer argued against my reasoning, and explained why the character’s priorities would be different at this moment, but I didn’t buy it. I still didn’t think our main character would purposefully endanger another man’s life when his hand wasn’t absolutely being forced.

Fast-forward past a lot of messages, one of which was from the publisher asking if he needed to step in and put his foot down (the publisher agreed with me, for the record). We were going in circles, and both of us were starting to repeat our same points.

Time for the magic question. “WHY???” Why does this character have to do this right now? Why is this so important? Why is this the proverbial cross that you seem to be prepared to lie down and die on after all the times we’ve worked together and found common ground?

Getting to that answer wasn’t easy, and it took us sitting down for an hour-long phone call, but we managed it. As things turned out, I agreed with the other writer’s reasoning. A major confrontation, and him endangering a man’s life, DID need to happen at that moment in order to believably develop the character that we were going for and do it with the most impact for the reader. But — and this is a key ‘but’ here — the scene as it was written didn’t get us there because I was also correct. Our main character wouldn’t do that in the circumstances as they were presented.

By asking each other why — not without some annoyance on both our parts since we’d already dug our heels in, truthfully — we figured out we were both right and both wrong, and we got to a point where we could achieve everything we needed to by revision that we figured out together.

The point, however, is that we never would have gotten there if we’d only focused on the story as it was unfolding on the computer screens in front of us, and remained in a state where we were arguing about what made sense vs. asking why our co-writer felt so strongly about the issue they’d dug their heels into.

4) Have a hierarchy, for when all else fails.

Hopefully, you’ll always be able to find common ground with your collaborators, no matter how much time or energy that might take. So, plan for the worst so that there is a plan in place if common ground can’t be find.

If you’re working with a publisher, this is simple. The buck stops with the publisher. If you disagree with them, and they feel strongly about something, then you’re going to have to decide whether or not to complete the project and publish with them, or walk. Because it’s their word that the funding’s connected to, so they have the last say.

If you’ve hired an editor, this is also really simple. It’s your book. Your editor might be a conscientious objector over some plot point or character development, and they might eventually expect to send you an ‘I told you so’ email, but it’s your book. Your first commitment is to your vision, your reputation, and your work. The only thing you owe your editor is payment for the work they’ve done. And understand also that any good editor feels the same way — that it’s your book. You don’t owe them an apology for not taking their advice. If you’ve never considered apologizing for something like that, just trust me when I say you’d be amazed at how many writers feel like they owe an editor an apology if their advice isn’t taken. You don’t. Editing is their job, and they can only give you advice. Take it or leave it. The buck stops with you.

So, those are the clear-cut happenstances. But what happens when you’re working with a co-author. Both of your reputations are on the line and both of you care about the story. Both of you want to make money, and both of you believe in what you’re doing. You also, hopefully, entered into the arrangement with a belief that your priorities, styles, and ideas aligned in such a way that co-authoring would be a rewarding and positive experience. And, most importantly, that you’re equal.

The buck stops with both of you, in other words, but you don’t share a brain… so, what do you do when you can’t agree? Agreeing to disagree won’t work because there’s only one story, so that’s not an option.

This is where a hierarchy comes in. Decide ahead of time, before you begin writing, what the deciding factor will be.

I’d recommend one of two options. First, and easiest, is turning to a trusted editor or writer for advice. If you can’t agree, but you do have a critique partner or editor who both of you trust (emphasis on ‘both’ AND ‘trust’), let them cast the deciding vote — and once the decision is made, let it go and move on. Second, you take turns. This could be by the decision or by the book. If you’re entering a long-term partnership with another writer, doing it by the book might make most sense. Author A has the final say-so for Books 1, 3, and 5; Author B has the final say-so for Books 2, 4, and 6. You get the idea. You can also take turns by decision — the first decision you can’t agree on goes to Author A for the deciding vote, the second goes to Author B, and so on and so forth. This only works if you truly trust each other as creators and you both have the best intentions (and the same priorities) for telling a great story, but it can work.

Of course, it all comes down to communication. Before you enter any collaboration, make sure that you and your collaborators are ready to trust each other. Make sure you’re reading to explain yourself when you have to, and kill your darlings if you must. If you know who you’re working with, you both enter into the collaboration with an open mind, communication and trust are the factors that will make every difference in your collaboration’s success or failure.